Brainspotting (BSP) has been receiving international acclaim over the past few years. At this year’s conference in Washington DC, I had the chance to collaborate with both Dr. David Grand, Brainspotting’s developer, and renowned Neuroscientist Dr. Stephen Porges. Dr. Grand kicked off a Creativity Seminar filled with demonstrations of BSP work with actors, singers, and writers and followed with an intensive Brainspotting seminar that culminated in a Keynote presentation by Stephen Porges PHD.

Dr. Stephen W. Porges is a Professor of Psychiatry and Bio-Engineering and Director of the Brain-Body Center at the University of Illinois at Chicago. Dr. Porges is the originator of both the Poly-Vagal Theory and Social Engagement theories that are influencing psychotherapy practices across the globe. His work includes an in-depth examination of acute stress and social influences in regulating stress. The Clinical keynote he gave scientifically interpreted two previously recorded sessions: one utilizing Energy Therapy (EFT) and the second utilizing Brainspotting. He interpreted both of these cutting edge therapeutic techniques through the lens of both his Poly-Vagal and Social Engagement theories. Dr. Porges interpreted the various techniques, neurobiological influences, physiological reactions within the sessions and provided scientific observations. Through close examination of the Brainspotting demonstration, he noted various neurological feedback loops, vagal responses and applicability of Social Engagement Theory principles. The Brainspotting session that Dr. Porges dissected involved a client who suffered from an acute traumatic event. This client identified himself as a homosexual male and had experienced a violent physical attack by a group of anti-gay demonstrators. As a result of this attack, he experienced multiple traumatic symptoms that impeded his life. Symptoms included trouble sleeping, increasing relational struggles and various anxiety symptoms. This session demonstrated all relevant techniques of Brainspotting to determine relevant eye positions and access subcortical release in an effort to reconsolidate the traumatic energy and memory.

An Evening of Scientific Verification
Following the Clinical Keynote presentation, Dr. David Grand, Dr. Stephen Porges and myself met to review various neurological aspects of modern psychotherapy including Heart Rate Variation (HRV) and Brainspotting. In a more intimate setting, David and I were able to explore scientifically verifying questions with Dr. Porges and focus on the neurological details of various techniques within BSP.

Our time together culminated in a toast to Brainspotting. This toast had far more meaning beyond the action of any regular toast. This toast was a verification and authentication of Brainspotting at a scientific level, as validated by Dr. Stephen Porges, the father of Poly Vagal and Social Engagement Theories.

Humility and Agendas in Treatment Models
During our meeting together, we explored the differing motives held by developers of various therapeutic models. Our discussion centered on those developers who possessed agendas which are often tainted with selfish ambitions for success as opposed to those who develop to provide healing without expectation of return. We preliminarily discussed these issues due to Dr Porges previous experiences when scientifically interpreting other therapy models. We ensured Dr. Porges that the BSP community was fully ready to receive scientifically supported feedback even if the feedback required adjustments to the technique and model. We thoroughly discussed the evolution of models and the significant importance of the science backing them. Dr. Porges shared several stories of evolving therapeutic models which presented as rigid, inflexible, and static, unable to adjust to the scientific evidence.

Feedback Loops and Memory Re-consolidation
Throughout the evening Dr. Porges emphasized that in order to effectively re-consolidate painful memories, one must experience a stabilized autonomic nervous system. He explained that there are many forms of neurological feedback loops and that our five senses are significant influences in stabilizing the ANS. Initially, the feedback loop conversation focused on social interaction based feedback loops. Our conversation took a turn when Dr. Porges found out that in Brainspotting, clinicians often sit for 15 to even 30 minutes at a time not saying anything, limiting verbal and social interaction, which in turn somewhat limits the social interaction feedback loop. Dr. Porges’s wheels turned quickly and he announced, “The pupils.” He quickly focused in on the essential and unique focused eye position that is utilized in Brainspotting, explaining that when the eyes are focused, steadily and unmoving, that the pupils of the eyes naturally start to pulsate. This pulse has been found to be directly correlated and even proven to establish autonomic nervous system (ANS) stability. Dr. Porges noted that this has additional correlations to stabilized Heart Rate Variation, or a state of coherence. He additionally noted other stabilizing factors including respiration patterns.

We further explored various factors on how BSP strategically utilizes variations of methods while maintaining the stabilizing feedback loop of our sense of vision. Dr. Porges specifically noted that an unmoving and focused eye position, is a key scientifically significant stabilizing factor that keeps the brain regulated while processing implicit painful memory and reconsolidating it to explicit memory when performing Brainspotting.

More isn’t always Better
Dr. Porges described that often in treatment modalities where stabilizing factors are identified, they are often over used. A “more is better” mentality does not align with the nervous system’s way of processing information. Eventually, too much feedback loop creates chatter, and chatter gets in the way of the reconsolidating process, potentially even blocking it. Dr Porges was supportive of BSP, because feedback loops from the ocular system with strong stabilization from the social engagement principles are how BSP
works. In this case, less is more.

Studies on the Journey of Implicit to Explicit Memory
While in the depths of our discussion, Dr. Porges spoke of early studies considering lateral eye movements and memory re-consolidation. He noted that we may find additional supportive answers regarding BSP in this early literature as some of these findings have highlighted discrepancies in the EMDR literature.

Eye movements do not support access to implicit information. It is proposed by Dr. Porges that BSP supports the accessing of implicit memory, and also the transition of implicit memory to explicit memory due to the steady and focused eye position, which stabilizes the Autonomic Nervous System (ANS).

Steve Sawyer is a licens 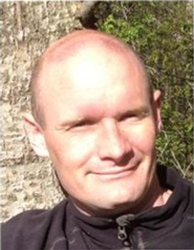 ed psychotherapist filled with passion and knowledge surrounding the intervention and change process. His experience comes from over a decade of intervention with tough-to-reach client populations in therapy settings ranging from residential, community-based, outpatient and wilderness therapy. Steve is trained in several unique therapeutic models including somatic trigger release, traumatic memory reprocessing, and HeartMath. He is also recognized internationally as a Brainspotting trainer and consultant who trains outpatient therapist and treatment programs. Through his experience he has authored two books, co-founded Wisconsin’s only wilderness therapy program, New Vision Wilderness, and works as a core therapeutic training development staff with the Institute of HeartMath. He was an author in the innovative and comprehensive HeartMath Interventions Establishing a New Baseline for Sustained Behavioral Change therapist training Module that revolutionizes modern therapy interventions through an emotional physiology approach. Steve’s largest project has been the development of NVW’s Trauma Informed Care model in the wilderness setting that has challenged the entire wilderness therapy industry on making healthier interventions with their clients. Steve’s trainings are recognized nationwide for cutting-edge therapeutic techniques and inspiration.

The Rocky Mountain Brainspotting Institute (RMBI) is a nonprofit 501(c)(3) organization that was created to promote and advance the use of Brainspotting, an emerging new treatment in psychotherapy.